Andy Hsu, Founder and CEO Since its introduction in the late 1980s, NAND flash memory has undergone various transitions. The last three decades have witnessed continuous efforts from industry players to lower the cost and increase the capacity of the NAND flash memory. This has fuelled the migration of NAND from single-level cell (SLC), multi-level cell (MLC), and triple-level cell (TLC) to quad-level cell (QLC) architecture today. However, ironically, NAND flash memory's read and write speeds are becoming slower with each generation. To elucidate, the current mainstream TLC products' read and write speeds are only 33 and 12 percent of SLC. For the next generation, QLC, the read and write speeds will further drop to 25 and six percent of SLC. This bottleneck for QLC NAND prevents its use in areas that require high-speed performance— especially 5G, AI, and IoT applications.

In parallel with these developments, the current industry trend is to add a buffer layer called Storage Class Memory (SCM) between the NAND flash memory and the system. SCM uses new types of memory technologies such as phase-change memory (PCM) or resistive random-access memory (RRAM) to bridge the gap between traditional memory and storage and change how data is processed and stored. Experts often opine that this specific type of memory is driving the future of storage. But, it requires new manufacturing processes and materials for which the die cost can be up to five times that of traditional NAND.

This is where NEO Semiconductor steps in with its unique solution. 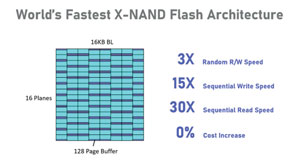 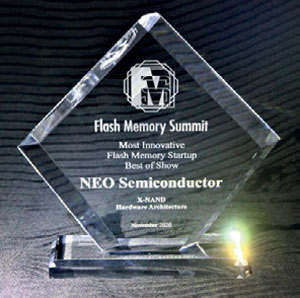 The innovative circuit design allows the die size of X-NAND to remain the same or smaller compared to conventional NAND flash memory. More importantly, this architecture can be implemented in existing NAND flash memory products without changing any manufacturing process.

This is a crucial factor in minimizing the development time, cost, and risk. "We have designed a new architecture that divides the NAND flash memory array into multiple (8 – 64) small planes. This can increase both the random read and write speeds by 3X, as well as the sequential read and write speeds by 30X and 15X.," states Hsu.NEO Semiconductor currently owns 20 U.S. patents in memory design architectures and cell structures.

Unlike this, NEO Semiconductor's X-NAND architecture allows one page buffer to control multiple bit lines. Therefore, it can increase the number of planes up to 64 without increasing the page buffer size. This allows 16X of data to be read and programmed simultaneously to increase the data throughput while reducing the bit line length to 1/16 and the bit line capacitance and bit line latency to only 1/16. 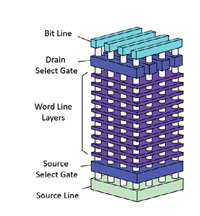 As a result, X-NAND can provide SLC-comparable high speed and TLC and QLC-comparable low cost. This provides an excellent solution for the booming markets of 5G, AI, and IoT applications.

Besides being used in cloud storage and data centers (TLC and QLC), X-NAND can also be implemented in embedded systems such as image-based AI applications. These applications require low latency and high throughput to execute the AI algorithm stored in the flash memory. 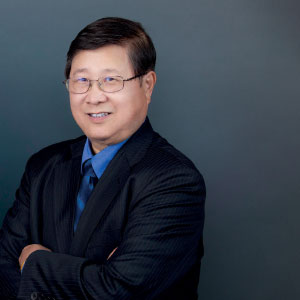 Being an IP design house, NEO Semiconductor provides X-NAND architecture as an IP solution to NAND flash companies to replace the traditional NAND flash memory design."We are proud of the fact that NEO Semiconductor is the only company offering such a robust solution. This provides us with a strong and unique position in the market," mentions Hsu.

In the past 20 years, many companies have invested a significant amount of money in researching and developing emerging technologies such as PCM, RRAM, MRAM, and FRAM in an attempt to replace NAND flash memory. However, till today, all technologies have been re-targeted to SCM or embedded memory markets due to the high cost of these emerging memories. NAND flash memory still dominates the data storage market, and its reign will not end anytime soon. That's why NEO Semiconductor plans to work with multiple major NAND flash memory companies to provide solutions for both data storage (TLC – QLC) and IoT embedded system markets (SLC). "Our X-NAND architecture solves the speed issue of NAND flash memory by increasing the planes of the array and using the existing page buffer size. This increases the parallelism for the 'read and write' operations. As a result, X-NAND can achieve QLC density with SLC speed," Hsu mentions. 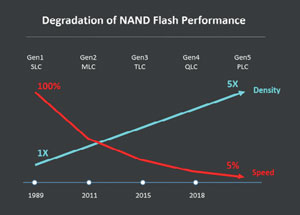 NEO Semiconductor's unique capabilities have helped the company won multiple awards, including the Flash Memory Summit's 'Best of the Show' Award for 'Most Innovative Flash Memory Startup' of 2020. Jay Kramer, Chairman of the Awards Program and President of Network Storage Advisors Inc., mentions, "We are proud to recognize NEO Semiconductor's X-NAND product solution for providing an excellent high-performance solution that can uniquely lower the cost across all tiers of SSD technologies." According to Hsu, "the recognition was a fantastic honor and achievement for the debut of X-NAND."

NEO Semiconductor is on the high growth path today. "X-NAND is our first technology announced to the industry. We are currently preparing the promotion of X-NAND technology to potential licensees and partners. Our goal is to start the sample chip development in 2022 and move X-NAND into production in 2023," informs Hsu. 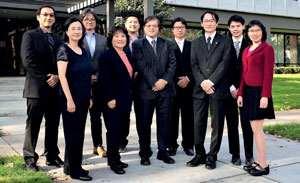 NEO Semiconductor does not stop there! It is also working on advanced technologies in other fields and with new announcements in the pipeline. "Our goal is to work with major semiconductor companies to bring these wonderful technologies into the world and benefit our everyday life. We believe we will get there," concludes Hsu.

Description
Established in 2012, NEO Semiconductor specializes in 3D NAND flash memory technology. The company's X-NAND technology is a game-changer in the industry as it transforms the NAND flash memory architecture itself instead of developing a new type of memory. NEO Semiconductor's X-NAND architecture allows one page buffer to control multiple bit lines. Therefore, it can increase the number of planes up to 64 without increasing the page buffer size. This allows 16X of data to be read and programmed simultaneously to increase the data throughput while reducing the bit line length to 1/16 and the bit line capacitance and bit line latency to only 1/16